This paper criticises the German Federal Transport Plan and the German transport policy from the viewpoint of environmental groups. It formulates requirements for a sustainable transport policy in accordance with the UN Conference on Environment and Development in Rio de Janeiro. Some of these requirements relate to the Federal Transport Plan and some are already formally required by European Directives.

The author presents the environmental risk assessment which has been carried out for several projects in the plan-making phase of the Federal Transport Plan 1992. He argues for the consideration of the transport net as a whole in addition to the consideration of individual projects. Furthermore, he demands to strengthen the link between the Federal Transport Plan and the later planning stages (feedback in both directions). He argues that monetary evaluation of nature and landscape within cost benefit analyses should only be undertaken in conjunction with separate in-depth ecological studies.

An SEA is carried out for the TENs (Transeuropean Nets) as a whole and for individual corridors. Problems in carrying out these SEAs are caused by the different planning philosophies of both instruments (top-down character of SEA, bottom-up character of the TENs) and the weak competence of the EU commission in transport planning. The author distinguishes between "token SEAs" which are used to justify the transeuropean network and "participatory SEAs" which can make the planning process of the TENs more rational, participatory and environmental friendly.

The Federal Environmental Agency (Umweltbundesamt) has commissioned several research studies on SEA in the past. Some of which are outlined in this paper. However, the present research plan (UFOPLAN 1997) gives priority to other environmental issues and does not include any research projects on SEA. The author suggests to formulate special interest areas in SEA and to develop research proposals for the coming years.

The author describes a procedure for the consideration of environmental implications of long distance traffic in federal transport planning. The development of this procedure was commissioned by the Federal Environmental Agency (Umweltbundesamt). The procedure aims to integrate environmental effects which can not easily be expressed in monetary terms (e.g. nature and landscape). It also enables to consider all modes of transport and the transport net as a whole.

This paper refers to the planning of roads by the federal states. The first part of the paper presents ten hypotheses on the determination of future need of transport. The second part presents the methodology of the SEA for the Northrhine Westphalian Road Plan (Landesstraßenbedarfsplan). The third part gives an overview of the integration of environmental matters into transport planning of the other federal states. The paper concludes that the need for integrated transport planning and the early consideration of environmental matters in transport planning illuminate the necessity of SEA.

Making long-term predictions of transport developments is difficult. The lack of data and uncertainties inherent in predictive methods are the main problems. Furthermore, the underlying assumptions are often not taken into account in the later analysis of the predictions. The development of predictive techniques requires further research on "mobility" and on the link between transport demand and transport offer. Furthermore, the data used for predictions have to suit this purpose.

The increase in traffic is mainly caused by the increase in speed. There is a continuos increase in the length of the average journey. Building new - and faster - roads, results in more traffic by car. Negative environmental effects can only be reduced by slowing-down the traffic by private car. Only then can public transport be an alternative.

This paper summarises the presentations by Dr. Stefan Rommerskirchen and Rudolf Pfleiderer and the discussions based on them. It emphasises again the importance of suitable data for making meaningful predictions. It also outlines the need for further research on "mobility" and the link between offer and demand in the context of traffic. These issues have to be taken into account in the Federal Transport Plan.

This paper outlines the formal and substantial requirements of SEA for the Transeuropean Nets (TENs). Scoping and Decision-making are the most important stages in the SEA process. The authors distinguish two ways of carrying out SEA: an "open panel solution" where the proposal is discussed by an international team of experts or a "scientific SEA-report". The authors argue that the "open panel" would be the more suitable way in the context of the TENs.

The author argues that ecological matters are not adequately taken into account in decision-making on the need for transport projects. In particular, alternatives are usually not considered. The author demands an integrated transport planning system on the federal level, the level of the federal states or the regional level. It should consist of several tiers and should be closely integrated with the regional planning system. There should be a dialogue between politicians, transport experts and environmentalists.

This paper summarises the discussion in the workshop "Evaluation". The main focus was on the question of monetary evaluation and on the circumstances in which the evaluation of projects in the Federal Transport Plan takes place. The Federal Transport Plan should only consider projects of national importance and should enable the consideration of the federal transport network. An SEA for the Federal Transport Plan should outline guidelines for a sustainable mobility from which environmental quality objectives can be derived at later planning stages. The environmental quality objectives should be used to evaluate the "mobility network" as a whole and the individual national projects. The role of regional planning in the co-ordination and moderation of transport projects should be strengthened.

Fundamental decisions (e.g. on the need for the project) are usually already made before the consent procedure for a individual project takes place. At the consent stage, it is too late for a public discussion of fundamental questions. The author argues that public participation should take place earlier in the planning process. The objective of public participation in SEA should be clearly outlined in the formal provisions for SEA. Furthermore, it should be defined which individuals and groups can participate. Finally, a suitable form of participation (hearing, written representations, etc. )should be chosen. 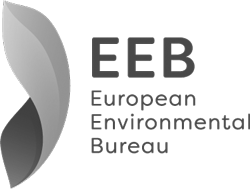 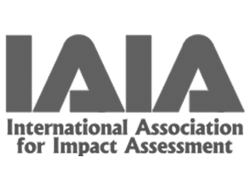